Hegel believed that simply stating an argument was enough to bring counter-arguments immediately to mind.

If a presenter ignores these arguments, what do we do? Most likely we ask ourselves why. Is he afraid of their power? Doesn’t he know that these arguments exist? Is he trying to trick us into believing the situation is a simple one? Does he think we’re idiots? What is clear is that in these circumstances, the presenter may well lose us – our attention and, more seriously, our support.

If, on the other hand, he includes these arguments, we’re likely to feel he’s honest and he’s reasonable (he can see both sides). He also doesn’t face the embarrassment of later being asked a difficult question that makes him look shifty, as if he had something to hide. Perhaps the main benefit is that he gets the chance to talk about the counter-arguments at a time – and in the way – that’s best for HIM. In this way, he can reduce the power of the counter-argument and at the same time boost his own credibility – what lawyers call ‘stealing their thunder’.

Of course, the key word is ‘effectively’. In The Dynamics of Persuasion, Richard M. Perloff cites the research of Mike Allen (1998) and Daniel J. O’Keefe (1999). They found that

In other words, you have to demolish the counter-arguments. 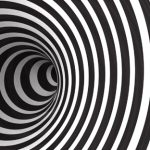 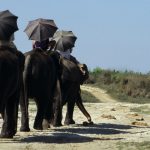